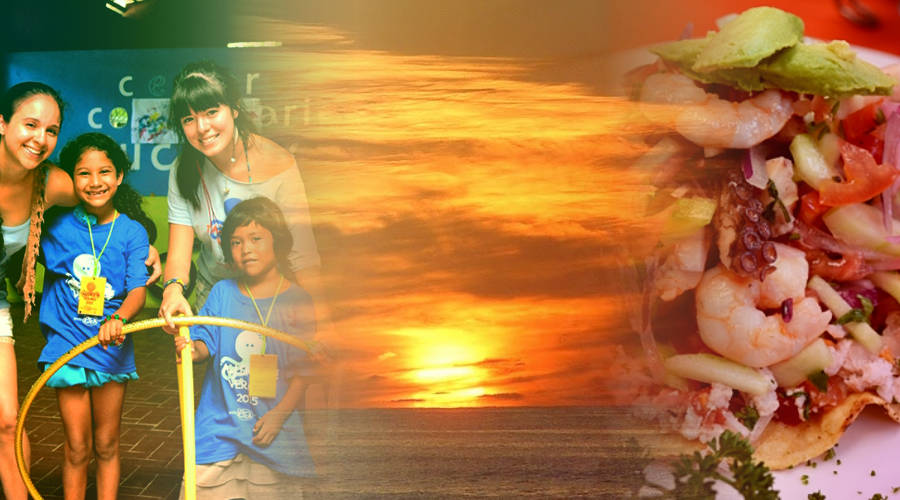 What makes any place special? Perhaps it’s a stunning view or a memorable event that occurred while you were there. The Riviera Nayarit is one of the world’s most treasured regions and is known for its unique beach towns. Beach towns along the coast of the Riviera Nayarit share similar qualities, such as the backdrop of the jungle in the Sierra Madre Mountain Range and the Pacific Ocean waters. But San Pancho has a personality that stands out from the rest. In this article, we’ll share just a few of the reasons that we believe San Pancho is such a unique and special beach town.

San Pancho has been beloved by many. However, not everyone has made such a great impact on the town as the once president of Mexico, Luis Echeverria. In the 1970s, Echeverria dedicated a lot of time and resources to developing the town. Some of his accomplishments include a fish processing plant, a fruit processing plant, a hospital, and a university. While most towns along the Mexican coast are mainly known for fishing, San Pancho also has a strong background in ranching and fruit production. Today, ranchers pass by at sunset on their horses. For the San Pancho Festival, they bring their horses to the celebration and even make them dance! Tip: Read more about San Pancho’s history here.

The sunsets in San Pancho are some of the most unique sunsets in the region. This is because the sun sets over the water without being obstructed by the landscape. In many towns, the sun is caught behind cliffs, leaving onlookers metaphorically “hanging” during the last few moments of the sunset. San Pancho boasts sunsets that are visible year-round over the ocean. Tip: Partly cloudy days often provide the most beautiful sunsets. Scattered clouds reflect the sun’s rays producing mesmerizing colors, even after the sun has dipped below the horizon.

EntreAmigos is a non-profit community center that blossomed from an idea born in the streets of San Pancho in 2006. The founder began teaching arts and crafts to children outside of a storefront, where she would sell her art. Her passion for education sparked an idea -- she asked artists who wished to sell their work in her store to teach art and craft classes to children, and in return, she would take a smaller commission from their sales. From there, more people joined the initiative, leading to the addition of more art classes, a children’s library, and summer workshops. Today, EntreAmigos has expanded and increased educational activities for children and families in San Pancho by focusing on collaborative, community action that results in positive outcomes. Through classes, cultural events, and summer programs, EntreAmigos is dedicated to providing community members with the knowledge and skills necessary in order to make tangible change. They also have a large recycling project that helps relieve the town of the majority of its waste by sorting recyclable items. Some of these items are repurposed and sold in their visitor’s shop. Tip: Visitors of San Pancho are encouraged to stop by the center, where free tours are offered daily. If you’re interested in checking out the facilities and getting to know EntreAmigos, visit their website or stop by.

The first conservation efforts in San Pancho began in the late 1980s, and in 1992, the founders of the Grupo Ecológico de la Costa Verde organization had built the first nursery in San Pancho. In the last 20 years of its operation, the organization has had a significant impact on the local turtle population and has been successful in increases the number of nests from 200 to more than 1,150. In fact, one of the founders of the of the organization, Frank D. Smith, has released more than one million turtles since the beginning of the preservation initiative. A memorable plaque is placed at the main entrance of the beach to honor his dedication to preserving these species and in turn one of the natural wonders of San Pancho. Turtles that are native to San Pancho are the Olive Ridley species. Tip: Public turtle releases are scheduled during the high season in San Pancho, although most releases occur during low season in the summer. To find out information on public turtle releases and to learn more about the organization, visit their website here.

Circo de los Niños (The Children’s Circus) is a community program in San Pancho developed in 2011 by one of the co-founder’s of Cirque Du Soleil and his wife. Initially, the couple wanted to put on a show as a way to raise funds for EntreAmigos, the town’s beloved community center. After this first show, the couple was inspired and decided to create a program that would allow the children to continue learning. This program has been made possible through the donation of time, equipment, and funds from other circus companies, international artists, friends, and local volunteers. Today, Circo de los Niños is a big part of the San Pancho community and has a solid program that provides education of the circus arts to more than 140 students. Tip: Every year, Circo de los Niños has a showcase in San Pancho. The proceeds from ticket sales go towards funding the program and offering safe and fun classes for kids to continue their creative education. Check out their website for the next show dates.

For such a small town, San Pancho has a lot to offer in the culinary scene: tacos al pastor in the street, an organic bistro, Argentine-style steak, and even Asian fusion. These are just some of the options available to entertain your palate. There are enough options to try something new each day. Puerto Vallarta has earned its name for being a culinary capital, and San Pancho has attracted its share of connoisseurs in the culinary field. Tip: Explore restaurants in San Pancho here. In low season (between the months of April and October), some restaurants will close. Consider calling the restaurant ahead of time to see if they’ll be open during your stay.

San Pancho is unique from other beach towns in the Riviera Nayarit and Puerto Vallarta because there are no big hotels. Instead, San Pancho is full of intimate accommodations that offer friendly and warm service. There’s an option for all styles, whether you want to rent a house or an apartment all to yourself or you’d like to be catered to in a boutique hotel. Tip: Third-party websites for hotel reservations oftentimes advertise discounted prices to try and get you to use their services. However, these prices aren’t always correct and may not include taxes and fees. Additionally, third-party websites typically have stricter restrictions regarding reservation modifications. Consider booking directly with a hotel to ensure transparent prices and to receive better policies on reservation modifications.

San Pancho Is Waiting for You

With so much to enjoy here, no matter your style, we know that San Pancho has something special for you.

We look forward to hearing from you